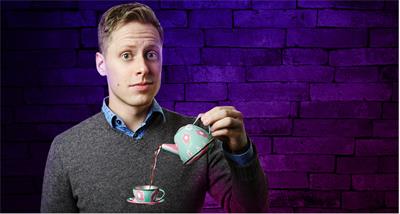 Tickets to access the live streaming event are $27.50 per device (plus applicable service fees) at TicketOmaha.com or by calling 402.345.0606. After completing the purchase, you will receive an email confirmation providing you with instructions on how to access the performance. For this limited run, capacity is kept at a minimum, with only 40 passes available per performance.

Ben Seidman guest stars on the Netflix original “Brainchild” produced by Pharrell. He appeared on “Penn & Teller: Fool Us” on the CW network and starred in two specials on “Travel Channel.”

Seidman is the only person in history to be named the Resident Magician at Mandalay Bay, Resort & Casino in Las Vegas. After several thousand performances at numerous luxury casinos, Seidman became known as a powerful staple of the Vegas entertainment scene.

Based in Los Angeles, Seidman is a favorite at the world-famous Comedy & Magic Club in Hermosa Beach, CA, a headliner at Catch a Rising Star, and a frequent performer at the Magic Castle in Hollywood.  Creative, playful, hilarious, and entirely interactive, Ben Seidman: Camera Tricks is live entertainment at its best; a one-of-a-kind, uniquely memorable magic experience for all ages.