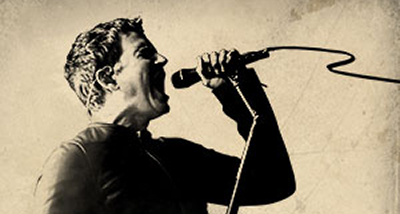 Tickets on sale at 10 AM Friday, August 23
TicketOmaha.com

Third Eye Blind will be touring the United States this fall in support of Screamer, their seventh full-length album, out October 18.  Going strong as a rock band for over two decades, Third Eye Blind breaks their own attendance records with 2019’s Summer Gods tour, with Jimmy Eat World and Ra Ra Riot.

The follow up to 2018’s EP Thanks for Everything, Screamer finds Third Eye Blind collaborating with Alexis Krauss of Sleigh Bells (“Screamer”), Ryan Olson of Marijuana Death Squad and Poliça (“Who Am I” and “Got So High”), and the album’s musical consigliere, Billy Corgan.

“We have always been so insular,” says Jenkins, “and on Screamer we adopted an open door policy -- come in, be musical, and follow the song where it takes us.”
“It’s an incredible feeling to be in a good rock band,” adds Jenkins.  “The gift that’s been given to me is that people view my music as enlivening them.”

Screamer will be available everywhere on October 18, and October 11 on the ‘Ten Bands One Cause’ Pink Vinyl Campaign Benefitting Gilda’s Club NYC.