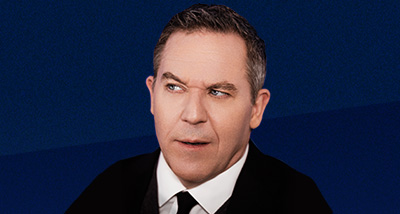 Tickets, starting at $35, can be purchased at TicketOmaha.com, in person at the Ticket Omaha Box Office located in the Holland Performing Arts Center, 1200 Douglas Street in downtown Omaha or by calling (402) 345-0606.

Greg Gutfeld has been called “outrageous and outspoken,” neither of which he denies. A libertarian political satirist, humorist, magazine editor and blogger, he is perhaps best known as host of "The Greg Gutfeld Show" (Saturdays, 10-11PM/ET) and co-host of "The Five" (weekdays 9-10PM/ET). Joining the network in 2007 as a contributor, Gutfeld was host of the former 3AM/ET late night show Red Eye from 2007-2015.

On "The Greg Gutfeld Show," Greg parodies current events and converses on key issues, bringing a comedic twist to the news. Additionally, Gutfeld interviews newsmakers and culture critics on the major headlines of the week.

"On The Five," Gutfeld is part of a roundtable ensemble of FNC personalities who discuss, debate and even debunk the hot news stories, controversies and issues of the day.

The Weekly Standard calls him “the most dangerous man on television.” According to the magazine, unlike other media darlings, “Gutfeld’s stuff actually is subversive, a stink bomb hurled into every faculty lounge, mainstream newsroom, movie studio, and nonprofit boardroom in America.”

He is the author of eight books, among them, four New York Times Best Sellers, "The Gutfeld Monologues",  “How to be Right”, “Not Cool”, and “The Joy of Hate” which have garnered praise and pithy quotes from the likes of Tucker Carlson, Mike Huckabee, Ann Coulter and Andrew Breitbart who said: “Trust me, you don’t want him setting his sights on your hypocrisy and public failings.” Consider yourself warned.