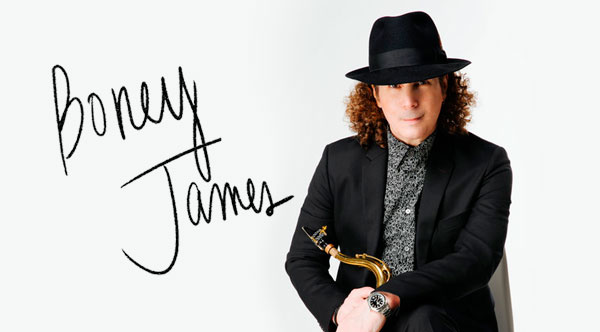 The HALLINS Corporation aspires to stimulate constructive change in underserved communities through art and culture. Their fundraiser this year will include the artistic smooth sounds of an amazing jazz musician. HALLINS has announced the “Honestly Yours” performance from Boney James at 7 PM May 25, 2019 at the Holland Performing Center's Kiewit Hall.

Boney James is a four-time GRAMMY nominee and multiplatinum selling musician. The sensational saxophonist will put on one of his best performances when he arrives in Omaha. Think soulful, smooth and intimate jazz and that is exactly what is planned for the audience.

The “Honestly Yours” performance will start at 7 PM on Saturday, May 25th with local jazz extraordinaire Chad Stoner opening the show. Tickets go on sale at 10 AM Friday, April 11. Ticket prices start at $40 and can be purchased at TicketOmaha.com, at the Ticket Omaha Box Office located inside the Holland Performing Arts Center, 1200 Douglas Street or by calling (402) 345-0606.

Proceeds from the tickets sales will support HALLINS’ mission to support underserved communities in Omaha through art and music.