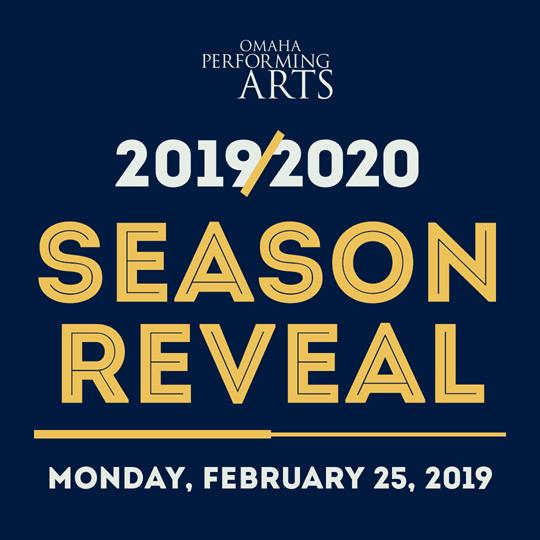 “This season is spectacular,” Squires said. “Our Broadway line-up is filled with some of the most sought-after tickets on Broadway and across the country. The groundbreaking dance performances, up-and-coming jazz musicians and popular artists are among the best touring performances from around the world!”

Get ready for Oompa-Loompas, incredible inventions and more in this musical set to Roald Dahl’s beloved story of Willie Wonka, the world-famous inventor and candy maker who opens his factory to a few lucky contest winners, including Charlie Bucket. This story incorporates cherished songs of the 1971 film into a brand-new score. Directed by Tony Award-winner Jack O’Brien, this production premiered on London’s West End before making its way to Broadway.

Celebrating its 50th Anniversary, JESUS CHRIST SUPERSTAR includes music by Andrew Lloyd Webber and Tim Rice. The score’s classic rock songs “I Don’t Know How to Love Him,” “Gethsemane” and “Superstar” accompany a completely reworked production telling the story of the last weeks in the life of Jesus Christ as seen through the eyes of Judas.

The London revival was awarded a 2017 Olivier Award for Best Musical Revival.

Direct from its recent Broadway run, LES MISÉRABLES is a story of unrequited love, broken dreams, sacrifice and redemption set in 19th Century France. The production includes unforgettable audience favorites, including “I Dreamed a Dream,” “On My Own,” “Bring Him Home,” and more. Seen by more than 70 million people in 44 countries, LES MISÉRABLES is one of the most celebrated musicals in theatrical history. This production uses new technology and brand-new staging inspired by the paintings of Victor Hugo to tell the Tony Award-winning story.

This true-life story is based on a one-man Broadway play about a young man in the 1960s caught between the father he loves and the mob boss he’d love to be. The performance blends the music of Oscar, Grammy and Tony Award-winner Alan Menken (LITTLE MERMAID, ALADDIN and NEWSIES) with high energy dance numbers in a moving story of loyalty and friendship.

A letter that was never meant to be seen, a lie that was never meant to be told, a life he never dreamed he could have. Evan Hansen is about to get the one thing he’s always wanted: a chance to fit in. DEAR EVAN HANSEN is the personal and profoundly modern musical about life and the way we live it. The book is by Tony Award winner Steven Levenson and a score by Grammy, Tony and Academy Award winner Benj Pasek and Justin Paul. The show won six Tony Awards, including Best Musical, in 2017.

From the twilight of the Russian Empire to Paris in the 1920s, ANASTASIA is the story of a brave young woman who sets out to discover the mystery of her past. Inspired by the beloved film and told through a combination of music, heart and technology, the new musical follows Anya on an adventure to help her find home, love and family.

ANASTASIA is filled with mystery, intrigue, romance and adventure and features a book by playwright Terrence McNally, a new score by Stephen Flaherty and Lynn Ahrens with direction by Darko Tresnjak.

Optional shows can be added to a Broadway season subscription package:

STOMP's eight-member troupe uses everything but a drum during a toe-tapping, inventive and fun performance. Matchboxes, wooden poles, garbage cans and hubcaps fill the stage with magnificent rhythms in this show that just celebrated its 25th Anniversary in New York City.

Disney’s THE LION KING returns to Omaha for four weeks in 2020. More than 85 million people around the world have experienced the visual artistry, the music and the theatrical storytelling of this Broadway spectacular. Winner of six Tony Awards, including Best Musical, THE LION KING brings together one of the most imaginative creative teams on Broadway. Tony Award-winning director Julie Taymor brings to life a story filled with hope and adventure set against an amazing backdrop of stunning visuals. THE LION KING also features the work of Tony Award-winning choreographer Garth Fagan and some of Broadway’s most recognizable music, crafted by Tony Award-winning artists Elton John and Tim Rice.

Ailey II returns to the Orpheum Theater in 2019. Part of the extraordinary Alvin Ailey American Dance Theater, this performance includes one of the company’s most iconic dance works, “Revelations.” The company will also participate in OPA’s 2019 Day of Celebration, which includes youth master classes.

A sought-after choreographer, Camille A. Brown’s recent work includes the Broadway revival of ONCE ON THIS ISLAND and the April 2018 live television special of JESUS CHRIST SUPERSTAR. Brown’s work uses techniques of modern, hip hop, African, Ballet and Tap, instilling reflection in a diverse audience.

This all-male troupe celebrates the South American tradition of the gaucho (South American Cowboy). Performers blend precision footwork, stomping, drumming in a dueling style modeled after the Malambo, which began in the 17th century as competitions that tested agility, strength and dexterity among the gaucho.

At 82, jazz pianist Eddie Palmieri continues to innovate his genre. Palmieri was named a Jazz Master by the National Endowment for the Arts—the nation’s highest Jazz Honor—in 2013. This performance blends Palmieri’s Puerto Rican heritage with jazz influences like Thelonious Monk and Herbie Hancock.

The Yellowjackets return to Omaha after more than a decade. The group blends funk, R&B grooves and upbeat jazz. Their Holland Center performance features smooth and

Filmmaker Filipe DeAndrade credits animals with saving his life, and in return, he wants to preserve the wild spaces where they live.

Kakani Katija takes you deep into the midwaters of the ocean – one of the least explored ecosystems on our planet. She shares how its inhabitants could lead to advances in bio-inspired design.

Voyage into the beautiful but dangerous “blue holes” of the Bahamas! Diver Kenny Broad captures these underwater caves – and potential treasure troves of scientific knowledge – through stunning images and video.

Iconic rock band Kansas performs classics like “Carry On Wayward Son,” “Dust in the Wind” and many others from their legendary career. For the first time, the band plays their “Point of Know Return” live at the Holland in 2019.

Actress and singer Patti LaBelle is widely regarded as the queen of rock & soul music. She has received acclaim for songs like "Lady Marmalade," "When You Talk About Love," and "New Attitude." LaBelle began her career as part of the Ordettes in 1959, who became The Bluebelles in 1961. Her success as a solo artist started in 1983 when she released her hit album “I'm in Love Again.”

The Piano Guys returns to Omaha following a sold-out Orpheum appearance in 2016. From Beethoven to One Direction, their mix of classical, rock and pop inspire audiences from all walks of life.

The is holiday show takes features all the chart-topping holiday classics, combining Gospel, Jazz, Soul, Motown Rhythms and The Nutcracker Suite with a hip-hop beat and the driving force of a marching band. The production’s choreography, costumes, lighting and more are visually stunning.

Enjoy the harmonious sounds of Omaha’s nationally recognized Salem Baptist Church choir! This Christmas tradition returns to the Holland Center with a combination of holiday classics and new music.

Step right up! Cirque Mechanics transports us to a 1930s one-ring circus in 42FT – A Menagerie of Mechanical Marvels. The show dazzles with acrobatics, aerialists and a bit of clowning around.

The Squirrel Nut Zippers joins musical forces with The Dirty Brass Band. The Squirrel Nut Zippers contributed to the swing revival of the 1990s and performed during the 1996 Winter Olympics. In its 40 years of making music, the Dirty Dozen Brass Band has revolutionized the New Orleans brass band style and has become a major influence of the genre. Both groups blend swing, funk, hot jazz and delta blues.

Just like other bonded animals at New York’s Central Park Zoo, these two male penguins walk, play, swim and dance together. When the duo tries to hatch a rock, a zookeeper gives them an egg instead.

Humorist Jeanne Robertson continues to charm audiences with witty life stories. The 75-year-old’s positively funny style is based on life experiences that appeal to all ages.

Four of the nation’s best a cappella acts join forces in this high-energy show! The Filharmonic, Committed, Blake Lewis and Women of the World perform their hits in celebration of the world’s first musical art form.

Tapping marvel Savion Glover brings his moves to back Omaha! The Tony Award®-winner stormed the dance world in the 1980s with his hard-hitting tap. He blends elements of jazz, hip-hop and bebop in wildly entertaining performances.

All subscribers are guaranteed the same seats for each show in their package and receive exclusive subscriber benefits. Tickets for individual shows will go on sale to the general public at later dates. Prices, shows, artists, dates and times are subject to change without notice.
Group tickets are available for reservations with discounts available for most shows. Group minimums and discounts vary per show; please call OPA group sales representative Ryan Rhodes at (402) 661-8516 for more information or to make group reservations.


Ticket Omaha is the OFFICIAL ticket source for the Orpheum Theater and Holland Performing Arts Center. Ticket buyers who purchase tickets from a ticket broker or any third party run the risk of overpaying or purchasing illegitimate tickets and should be aware that Omaha Performing Arts is unable to reprint or replace lost or stolen tickets from these sources and is unable to contact patrons with information regarding time changes or other pertinent updates regarding the performance.