Tickets on sale Friday for the 50th Anniversary tour celebrating the release of the Sgt. Pepper's Lonely Hearts Club Band album with RAIN: A TRIBUTE TO THE BEATLES 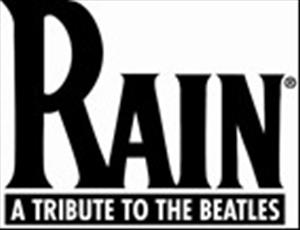 The group brings the album to life in its entirety along with all of your other Beatles favorites!

Omaha, Neb. (February 26, 2018) - Join RAIN: A Tribute to the Beatles as they Celebrate the 50th Anniversary of the release of “Sgt. Pepper’s Lonely Hearts Club Band” album! The Celebration Begins at 8:00 PM Thursday, April 26th for one night only at Omaha’s Orpheum Theater!

As “the next best thing to seeing The Beatles!” (Associated Press), RAIN performs the full range of The Beatles' discography live onstage, including the most complex and challenging songs The Beatles themselves recorded in the studio but never performed for an audience. In addition to the updated sets that include brand new LED, High-Definition screens and multimedia content, RAIN will bring the Sgt. Pepper’s Lonely Hearts Club Band album to life in its entirety during the 2018 Tour.

Together longer than The Beatles, RAIN has mastered every song, gesture and nuance of the legendary foursome, delivering a totally live, note-for-note performance that’s as infectious as it is transporting. Let RAIN take you back with all of the songs from “Sgt. Pepper’s Lonely Hearts Club Band” along with all of your other Beatles favorites such as “I Want to Hold Your Hand,” “Hard Day’s Night,” “Let It Be,” “Come Together,” “Hey Jude” and more! This adoring tribute will take you back to a time when all you needed was love, and a little help from your friends!

Audiences are RAVING about RAIN: A Tribute to the Beatles!
“Who said Sgt. Peppers couldn’t be done live? Rain made it happen! I’ve seen a few Beatles tribute bands, Rain is THE one to see!”

“Doing all of Sgt. Pepper in a 50-year tribute to the best band ever, The Beatles, is an incredible undertaking. The Beatles themselves never undertook doing these songs live. You nailed it!”

“At the show last night, INCREDIBLE. The show was flawless. Enjoyed every minute.”
“These guys nail it, the best tribute band out there, I’ve seen pretty much everyone, and these guys are spot on!”

“Had to remind myself this was a tribute band. The sound, the look, it doesn’t take much to let yourself go and imagine you are back in time watching the Beatles. GREAT SHOW!”

“Yes, Yes, Yes! I have seen this show about 10 times and it never disappoints!”
“There are few tribute bands that can capture the experience and sound of the original, definitely 5 star!”

“I felt like I was at an actual concert back in the 60’s. Will never forget our experience seeing the show. Thanks for the memories.”

“Beautiful tribute. Not a dry eye in the house.”

“If you’re going to be a Beatles tribute band, you better be good. @RainTribute is better than good! Phenomenal show!"

Like The Beatles, the onstage members of RAIN are not only supreme musicians, but electrifying performers in their own right!

*Ticket Omaha is the official ticket source for the Orpheum Theater and Holland Performing Arts Center. Ticket buyers who purchase tickets from a ticket broker or any third party run the risk of overpaying, purchasing illegitimate tickets and should be aware that Omaha Performing Arts is unable to reprint or replace lost or stolen tickets and is unable to contact patrons with information regarding time changes or other pertinent updates regarding the performance.

For more information on tour dates, and tickets, please visit:


JOIN the conversation with RAIN