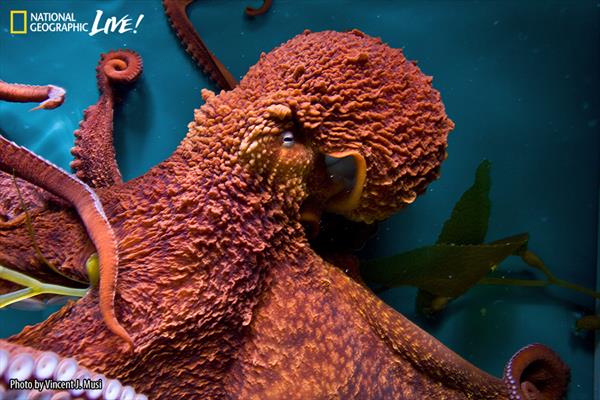 OMAHA, Neb. (Jan. 10, 2017) – Being spit on by a chimp, screamed at by a prairie dog and charged by a pig is all in a day’s work for veteran photographer Vincent J. Musi. Hear about the National Geographic explorer’s journeys and see extraordinary images from his forays into the wild world of our nonhuman friends in Where the Wild Things Live Tuesday, February 7, 2017 at 7:30 PM at the Holland Performing Arts Center. Musi is part of the National Geographic Live speaker series presented by Omaha Performing Arts. Tickets for the 7:30 PM presentation start at $10 and are available at Ticket Omaha* inside the Holland Performing Arts Center, 1200 Douglas Street, online at www.TicketOmaha.com or by calling (402) 345-0606.

In an April 2014 National Geographic magazine, Musi explored the deep connections some people have with creatures you can’t get at the pet store – from a deer with her own bedroom, to a cuddly potbellied pig and beyond. He’ll share images and stories from the assignment and from his other work, including a March 2008 article on “Animal Minds.”

For more than 25 years, Vincent J. Musi has photographed diverse subjects—from traveling Route 66 to global warming, life under volcanoes, illegal immigration, and the Arctic National Wildlife Refuge. He began as a freelance photographer with the National Geographic Society in 1993, contributing to two book projects and many National Geographic magazine articles. He is also a contributor to Time, Newsweek, Life, Fortune, and the New York Times Magazine.