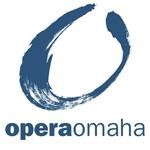 One of the best known and beloved operas of all time, La bohème is the cherished story of love and loss. Beginning as a tale of youth, romance and optimism, a group of passionate Bohemians in Paris live as artists and musicians, celebrating life’s victories and weathering its hardships. As time passes, love turns to loss and hopefulness to heartache. Puccini’s timeless story of love, friendship and unwavering dreams has been cherished for more than a century.

Opera Omaha performances are held at the Orpheum Theater located at 409 S. 16th Street. Downtown Omaha offers a wide variety of parking options, from pay-for-use garages and surface lots to metered parking on the street. Street parking is free after 9:00 p.m. and on Sundays and holidays.

Midday Music: a free lunchtime preview on Friday, Oct. 28, 12:15 p.m. featuring Director Crystal Manich and Conductor Leonardo Vordoni will provide the audience with a quick taste of the story that Puccini's work is based upon and give some behind-the-scenes insight into Opera Omaha's production, which first premiered at Hawaii Opera Theatre in 2003. Featuring a performance by cast members of Opera Omaha's La bohème. An audience Q&A will follow this half-hour program. Midday Music is held at Opera Omaha’s rehearsal room (1850 Farnam St.).

Opera & Entrees: Enhance your La bohème experience by joining other opera goers for a pre-opening night dinner and conversation at Sullivan’s Steakhouse, 5-7 p.m. A member of the creative team will provide insight into Puccini’s beloved masterpiece.

About Opera Omaha
Opera Omaha, the only professional opera company in Nebraska, began in 1958 as the Omaha Civic Opera Society, a volunteer association, and with tremendous community support became fully professional by 1970. Opera Omaha produces a season of original mainstage productions, presented at the historic Orpheum Theater, and smaller productions and musical events throughout the community. Opera Omaha is internationally known for its productions of eight world premieres and four American premieres of classical masterpieces and is highly regarded regionally for extensive education and outreach programs.