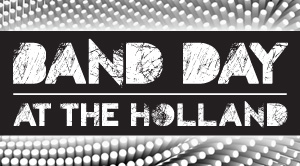 “This showcase celebrates the talent and quality of our area high school bands,” Kendra Whitlock Ingram, Omaha Performing Arts Vice President of Programming and Education, said. “For the bands, it’s a great opportunity to perform on stage as they prepare for the District Music Contest in late April. Band Day at the Holland is another chance for Omaha Performing Arts to extend its education and community engagement mission,” she continued. Omaha Performing Arts hopes to expand the program by reaching out to more area bands in the future.

Millard West Band Director John Keith is helping coordinate the showcase with Omaha Performing Arts. “The Kiewit Concert Hall in the Holland Center is a great stage where our young people can perform,” he said. “We are grateful to Omaha Performing Arts for this event and for its continuing interest in developing musical talent.”